By continuing to browse this site, you are agreeing to our use of cookies.

Our team has great news that we want to share with you! Beginning from version 15, the CAD VCL library changes its name to CAD VCL Multiplatform. Now it is compatible with FireMonkey. It means that all applications based on the library can be compiled not only for Windows, but also for Linux, macOS, iOS, and Android.

Another big change is that Open Cascade Technology is not used anymore. Version 15 is based on our own 3D kernel. This makes us completely independent of any third-party and allows to respond swiftly to your requests. We have already improved reading of SAT, SLDPRT, X_T, X_B, OBJ, STL formats and added support for FSAT, SAB, SMT, IPT formats. And with the new 3D kernel, it is possible to convert supported B-Rep (boundary representation) file formats to STEP, SAT, DWG, DXF without losing information about a 3D model.

The full list of changes and enhancements is the following: 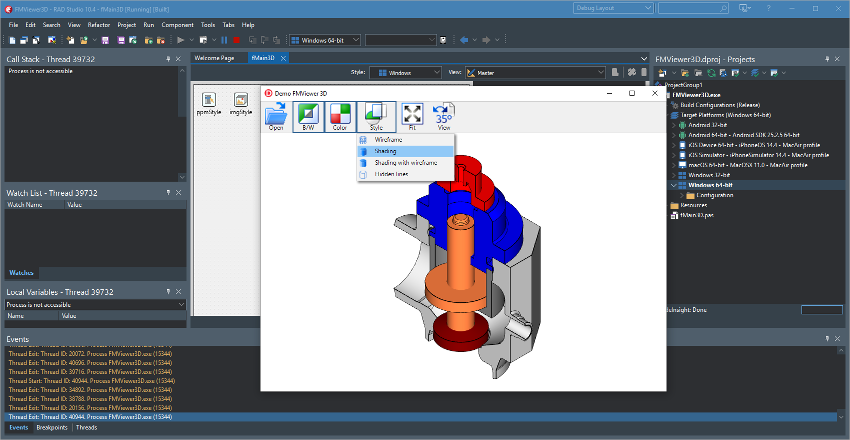 If you want to test CAD VCL Multiplatform 15, please download its free trial version. It comes with separate packages for VCL and FMX.

If you already have a license for CAD VCL 14, version 15 will be available to you at a 50% discount. For any questions or comments, please contact us at info@cadsofttools.com.